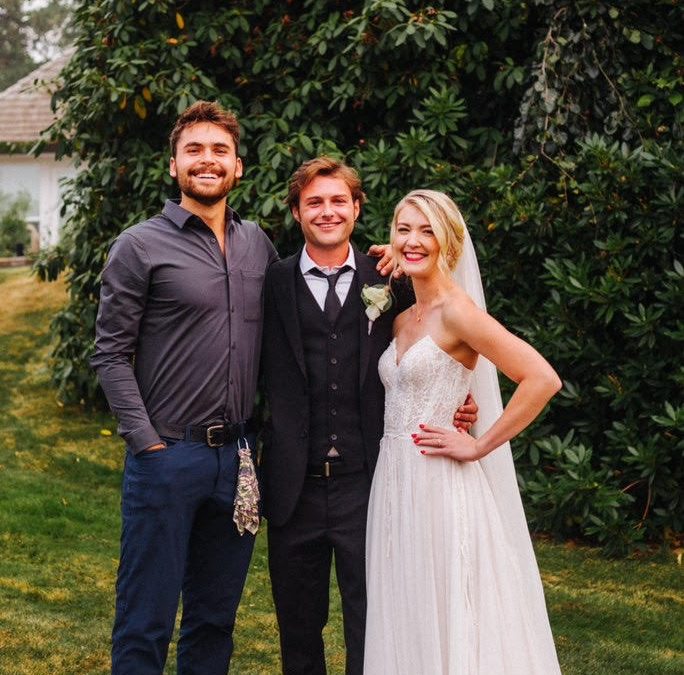 What these two have been through in the last couple of months is something that nobody could have ever imagined. First, it was the engagement, euphoric to say the least. Often the same feeling a hunter experiences after bringing down his dream buck. Months of investing, culminating in a moment that had been fantasized about for years. The high was short-lived, due to the inevitable amount of work that goes into a commitment like that. Having both grown up in Washington, the Moore’s decided to facilitate their wedding back home, regardless of the two living in different states.

Planning a wedding is hard, not to mention planning an out-of-state wedding. The couple soon realized that was the least of their problems, but now they were fighting an unpredictable pandemic, with unpredictable regulations. Having been let down time and time again weeks prior to their big day, they had two options, call it off or press forward.

Thankfully they let love triumph. As soon as they thought It couldn’t get worse the west coast broke out into the largest set of forest fires we have seen in ages, over 5 million acres gone, resulting in what some would argue were apocalyptic looking smoke-filled skies. Not only was a virus surging throughout the world but we had air quality index numbers in the 500’s.

This is from a city (Bellingham) which is normally in the top 6 cleanest cities as far as air quality goes in the United States. If this isn’t a clear example of love overcoming, I don’t know what is.